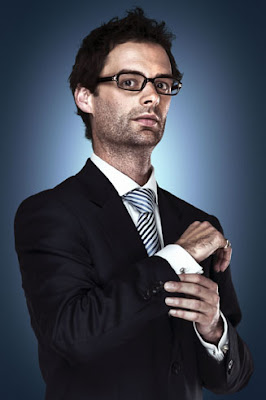 Stacey Collins
I feel we should start a campaign to keep Susan Ma in The Apprentice until the final episode just for the entertainment factor she brings to the show. Her priceless comments ‘Do the French like to drive?’ or ‘Are the French fond of their children?’ are questions that I am sure will go down in Apprentice history. I mean, what was she expecting as a reply? ‘No, no, they tend to walk across a country that is 2.7 times the size of the United Kingdom’ or ‘Absolutely not! They despise children and have even been known to eat them’. As Karren Brady said, Susan’s comments really were ‘beyond stupid’ (but nevertheless highly amusing).

Another contestant that will go down in Apprentice history for all the right reasons is the impressive Helen
Milligan who carried out a highly successful pitch to a large French store chain which resulted in team Venture breaking the boardroom record by securing €214,000 worth of car seats in one deal. Her skills in being able to read people, her evident motivation to become Lord Sugar’s business partner and the fact that she has won all eight tasks without reverting to ‘Melodrome’ I believe will see her into the final two. (‘Melodrome’ of course being the melodramatic bragging syndrome that Melody has managed to perfect regarding her achievements which include speaking seven different languages, one of which is being able to speak fluent egotism.)

It seems that this year’s series has an abundance of empowered, confident and driven women who appeared to have rendered the male contestants speechless and lacking. The fired contestant of last week’s episode, Leon, spent most of the Paris trip praising Melody on her ability to not only speak French, but also understand it. Leon sunk into the Parisian background whilst Melody organised eight pitches, repeating the excuse that he couldn’t speak French (even though the people on the other line could ‘parler Anglais’).

I was listening to Radio One several weeks ago and one of the DJs mentioned that Lord Sugar had the tendency to repeat the fact that he had started up his own business when he was 18 years old every single episode. True to form, after sarcastically telling Melody he didn’t want to set up another Government after listing her awards, Lord Sugar was then quick to outline his own achievements when talking to Leon… ‘Look, I don’t want to hear any excuses. Let me remind you that I set up my own business when I was in my mother’s womb, yeah’. Or something along those lines anyway. Maybe being melodramatic is contagious.

And so, onto our prediction for tomorrow night’s firing for the episode 'Biscuit'. After appearing in the losing team every time bar one, I think inventor and jammie dodger so far, Tom Pellereau could be the next one to crumble. Whilst his awkwardness has led his fellow contestants and us as the viewing public to have a bit of a soft centred spot for him, his inability to stand firm with the decisions or opinions he has will no doubt see him leaving on a wagon wheel very soon.
on Tuesday, June 28, 2011

Surely it's long overdue for Jim to go?

No chance, not when he was teamed up with Helen

Yeah, I'm getting bored of Jim now. I don't think he'd be a very good business partner. Too selfish.