How eating like a baby could help you lose weight 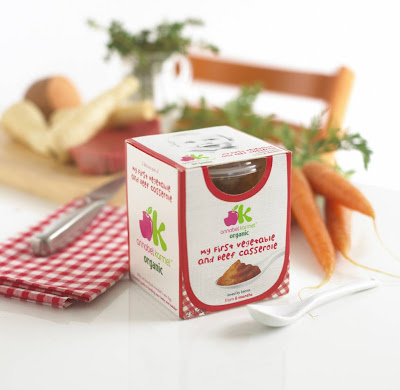 Stacey Collins
It may not feel like it but it is actually summer here in Britain. Apparently, this is what a heat wave looks like (rain is pouring down as I type). If anything, this should give you more of an incentive to get on First Choice to book those two weeks in the Caribbean, buy lots of bikinis and find that much sought after motivation to trim down in time.

As with most people, the internet is the first course of information for dieting regimes. The media constantly bombard us with images of the before and after (even when the after picture is blatantly someone else), fitness routines and celebrity dieting tips. And the latest celebrity diet trend which has been followed by the likes of Lady Gaga, Cheryl Cole and Jennifer Aniston is… the baby-food diet.

Now I have to admit that the thought of shovelling tasteless, heat-treated mush into our mouths for the sake of a low calorie diet does not sound too appealing but well-known baby nutritionist, Annabel Karmel, MBE, says that her new organic, untreated baby purees are a hit with dieters trying to emulate the stars.

And she has the credentials. Known for her show Annabel’s Kitchen on CiTV and ITV1 and her book ‘The Complete Baby and Toddler Meal Planner’ which is the UK’s number one book on feeding babies and children, maybe we should listen to what Annabel says. In order to get a holiday body, she has suggested eating the unnaturally tasty, steam-cooked and chilled baby puree as part of a balanced calorie-controlled diet.

The baby food fad originally started in yes, you’ve got it, America and took Hollywood by storm before hitting Britain. Known for its powers in eliminating toxins and stimulating the digestive system, it seems that all the baby food needs now is a cape and some superhero underpants.

So if this trendy diet appeals to you, a saunter down to Sainsbury’s should find you spoilt for choice with Annabel’s three flavours My first Vegetable and Beef Casserole at just 64 calories, Potato, Sweet Potato and Spinach at 73 calories and Scrumptious Butternut Squash, Carrot and Salmon with 74 calories.

Even though Annabel compares her organic food to home made food, I personally think I’ll be sticking to my own baby inspired diet plan of eating things with lots of milk in. Chocolate, cheese and cream make the list. Also, does pizza have milk in?
on Wednesday, June 08, 2011