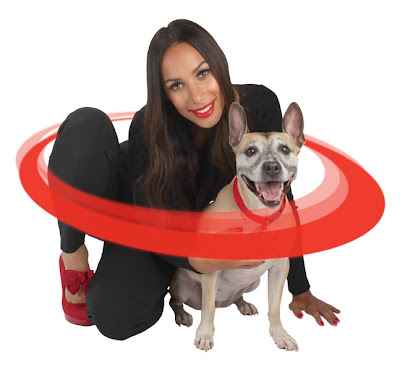 Stacey Collins
It’s official, reality television has taken over. As soon as the television is turned on, you may find yourself skipping from Made in Chelsea to Big Brother, from Educating Essex to The Only Way is Essex and now X-Factor is back, reality television's taunting will continue mercilessly whether you like it or not.

Reality television doesn’t always provide society with wave after wave of fame-hungry wannabes who greedily snatch up cleaning product advertisement deals or marry other fame-deprived ‘celebrities’ in order to exchange their 15 minutes worth of fame into 20 minutes. Sometimes, just sometimes, something positive happens and I’m not talking about Jedward.

I am however talking about another product of the reality programme X-Factor who is using her fame in order to promote the charity World Society for the Protection of Animals. Leona Lewis has recently made a comeback with her single ‘Collide’ off her forthcoming third album and whilst you may find it difficult to recall the name of her second album, hopefully her charity bid will have more of a lasting impact.

Leona is showing support for the WSPA Red Collar campaign which is trying to put a stop to the slaughtering of 20 million dogs every year as a misguided attempt to control the spread of rabies. Rabies poses a real threat in some parts of the world and a reported 55,000 plus people die each year. The Red Collar campaign is striving to save both humans and animals by providing an alternate solution to killing the dogs. Instead they are making a plea to governments to vaccinate dogs worldwide and then provide them with a red collar so that communities know that the dog is safe.

So if you didn’t do your good deed for the day or you simply feel like being a generous, kind-hearted being, head on over to the WSPA’s page and make a donation today.
on Wednesday, October 12, 2011