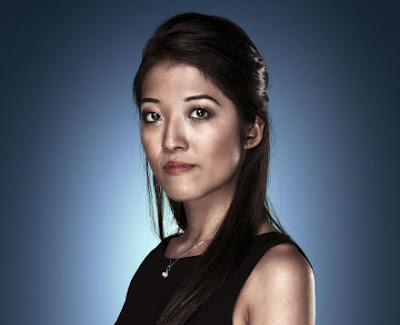 Stacey Collins
You know that thing in films when a character says ‘Ah, I’m so confident that everything will go to plan’ or ‘Darling, don’t worry, what could possibly go wrong?’ chancing fate and inviting trouble? Well, I don’t think the contestants from last week’s episode of The Apprentice had ever seen everything go catastrophically wrong for these overconfident characters.

Forget hot shell massages and fake tans, ‘I’ve had three years’ experience in a skincare company that I created myself’ aka Susan Ma definitely provided some stunning entertainment for the episode Beauty Treatment. Her self-assured proclamations that her expertise in the beauty field meant that she was able to shift lots of products to customers was in fact an implicit suggestion to the audience that everything would go wrong which true to the film storylines, did.

And who could forget her comment ‘It doesn’t make you gay’ to an uncomfortable Leon when he was about to commence a spray tanning session on a male who had biceps the size of Vincent’s ego or her remark that managed to offend the whole of Birmingham ‘No one has any money around here, everyone’s so poor’. Oh simple Susan Ma.

Luckily for Susan it was Felicity’s team that lost the task by making a loss of over £200 for the team Logic. Perhaps Tom would have been a more deserved ‘fire-e’ as there was nothing beautiful about the way he chickened out of pushing the treatments rather than products to potential customers. Tom’s rather nervous disposition that made him splutter about in the boardroom could mean the inventor may be the next to have his head on the chopping block.

And as for Nick Hewer’s face, did the wind blow or something? His constant peering, scowling and sadistic delight (although burrowed under more frowns and knitted eyebrows) at the failures of the contestants although predictable is still humorous. Surely The Apprentice is worth watching for his facial expressions alone?

Tonight’s episode of The Apprentice, Create, Brand and Launch a Pet Food will most likely end in catastrophe and the teams making a dog’s dinner out of the task. Watch tonight at 9pm on BBC One to find out.
on Wednesday, June 01, 2011

Thanks Fran. Glad you enjoy the articles.