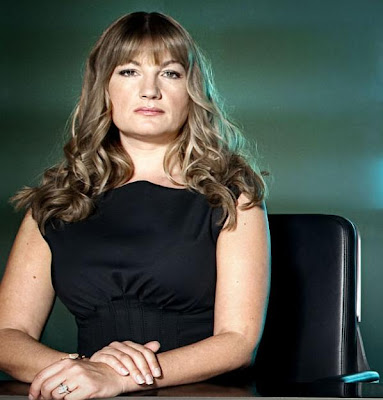 
How would you describe yourself in the work place? Focused ? Fierce? Feminine? Well recent research has shown that women who display behaviours associated with men could face set-backs in the workplace.

Research carried out by Olivia O’Neill from George Mason University and Charles O’Reilly from Stanford University, USA, found that females are expected to fit the stereotype associated with women in the workplace by self monitoring their behaviour and will have more chance of promotion if they do so.

It is believed that women in the workplace are negatively received when asserting typical male traits such as self-confidence and dominance because it is seen as an act of rebellion against traditional female behaviours. Even though synonymous characteristics are found in successful male managers, if a women is to display business orientated, authoritative and competitive behaviour they could be perceived as being less socially skilled, less likeable and less likely to receive promotion. This is known as the ‘backlash’ effect.

Surely gender equality would be set back a few years if we were to take heed of this study and self-monitor our behaviour in the workplace in order to conform? If men are able to speak, act and express themselves fully and freely at work, it is only fair for women to do so also rather than play down their personality and drive.

Perhaps successful men feel threatened by women showing ‘macho’ behaviour and so attempt to discourage them by not offering promotions. As the stereotypical woman is not associated with being business orientated, the minority of women who are may also face discrimination from other judgemental women who accuse them of being pushy, controlling, domineering and even improper.

So should women be mindful of their conduct in order to achieve higher positions in the workplace? As a subordinate group, women will always encounter obstacles in the workplace including the ‘backlash’ effect. Those who act in a counter-stereotypical way are judged according to the stereotype which many brainwashed women try to conform to simply because they do not feel they can act any other way. However, if we were to all act how we wish in the workplace, surely this present passive stereotype would be abolished as it would no longer reign true for the majority?

Maybe the more we see people like Karren Brady, who is very successful in business - though she experienced discrimination only recently from the lips of Richard Keys and Andy Gray on Sky Sports - it will enable women to envision themselves as competent, ‘macho’ females.
on Tuesday, January 25, 2011