Family holidays 'not worth it'? 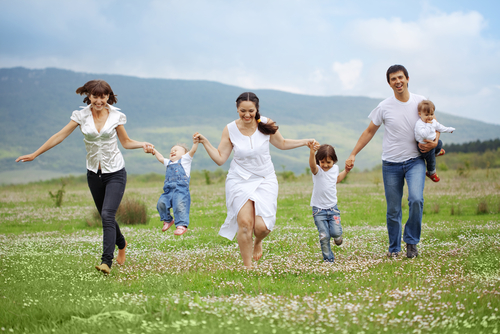 I'm not in the least bit surprised by recent survey results showing that most parents find holidays too stressful to bother with.

The survey, by bottle sterilising company Milton, shows that the majority (81%) of parents have not had a holiday on their own since their first baby. Of the remaining 19% who have been on a holiday as a couple, 62% have only done so once.

We actually had our first ever night away from the boys recently, nearly four years in. Even then we were away from them less than 24 hours, and no further than five miles away. Though now we know they're happy at Granny's we'll certainly take advantage!

Our one and only holiday with the boys since James arrived (19 months ago) was a challenge. It reminded me of the saying "You know you're a parent when holidays feel like work, and a trip to the supermarket alone feels like a holiday".

I'm actually a bit surprised that only 38% of parents try to keep to their baby or child's sleep and mealtime routine while on holiday, because all hell can break loose if they're overtired or hungry. We planned that trip specifically to stay close to family who could babysit. I'd be nervous to use holiday kids' clubs or childminders, especially as the boys are so young. In the survey, three-quarters of parents said they'd refuse to use a babysitting service in the evening. Only 10% use creche facilities, and even then, 30% say they feel guilty about doing so.


Some parents decided to come home early because of the stress of being with their baby and/or children. How devastating, after looking forward to it. For the next few years, I think we'll stay part of the 25% of parents who decided not to have a family holiday at all.

by Kate Richards
on Saturday, June 28, 2014 No comments: Links to this post

Measuring up to Preschool expectations

Ben has now been at preschool for 12 hours a week since September, and overall has made huge progress. I don't have any concerns about him (all his little "quirks" turn out just to be phases) but he's a different little boy when there are expectations placed on him and he doesn't have constant one-to-one attention from an adult.

Under the Early Years Foundation Stage (EYFS) framework, it is hoped that children will become ready to start school. Luckily Ben's going to be old for his school year and has well over a year left before starting reception.

I say luckily because, um, Ben's not quite what you'd call a "joiner-inner" yet. He's not naughty at all, but just likes to do his own thing so is often very resistant to changing activities when the times comes for playing outside, storytime, or what have you.

So according to the EYFS, he's doing well on their "prime areas" of communication and language, physical development, and to some extent personal, social and emotional development. He's keen to play with the other children, happily joining in or initiating games. But less keen to do what he's told. Oh dear.

In terms of the remaining EYFS areas, he's great at "understanding the world", and knows his numbers and some letters, but is very reluctant to draw, paint or try writing. The problem is that he's too aware of how it ought to look, so won't just muck in and have a go because he knows he can't do it perfectly. I may start encouraging him to practise at home when no-one's looking, and see if that works.


Ben's preschool is great and the teachers have been so patient with him. I feel confident that together we'll manage to iron out these issues in time. How lucky that he was a September baby!