Finding gold among the garbage 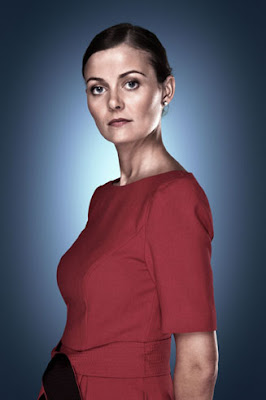 Stacey Collins
I think the thing I shall miss the most about Edna Agbarha are those gloves and the excuse they gave her to delve into her uncomfortable and un-sassy alter ego Edna Agbarha Darlinnnnng. All she needed to complete her outfit was a whip and a bit of leather.

It did come as some surprise that five time winner Edna was sent home over pessimist martyr Zoe. Her whiney voice and permanent ‘child who didn’t get the lollipop’ facial expressions are beginning to grate upon her fellow team mates including Susan who said she never wants to work with her again.

Emphasising the view that one man’s junk is another man’s treasure, last week’s episode Rubbish clearly outlined to its audience the frontrunners for the title of The Apprentice. Although a six pound difference in profit between Logic and Venture nearly impeded her sixth task victory, Helen Louise Milligan has probably had a few bets placed on her to win this year. Melody and Jim, who does somehow always manage to fix it so that he doesn’t end up being disposed of, both follow shortly behind Helen in the bid to become Lord Sugar’s business partner.

Regardless of Edna’s Edna-taining moments this series, the real winner for pure comic hilarity should be Susan ‘brains behind the operation’ Ma who is usually anything but. Kudos given where it is deserved though, despite being presented with the most patronising look ever given in television history by Zoe in the boardroom, Susan was correct in thinking you had to pay to collect rubbish…I think.

Tonight’s episode Freemium Magazine Launch is set to be a premium episode and I’m sure with names such as ‘Coffin Dodger’ and ‘Old Looking Young Hearted’ being produced as suggestions for the magazine title, the result will be a candidate written out of the running to become The Apprentice.
on Wednesday, June 15, 2011

Helen won't win. She's too competent, like Stella in the last series. Sugar will break her as he wants flare, not competence.