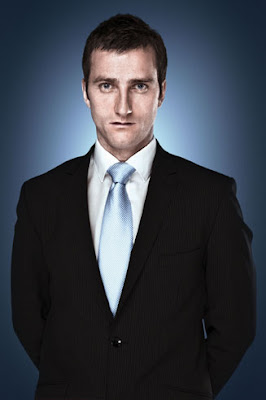 Stacey Collins
The episode ‘Biscuit’ of the Apprentice, and can I just say how creative the titles for each episode are, showed some tough competition for the title ‘BBIW’, the Biggest Bu…erm ‘Buffoon’ In the World, which Lord Sugar created, kind of, and awarded to Jedi Jim for his £20 million advertising fantasies. Zoe and Melody were also strong competitors.

So what have they done to deserve the award? Zoe was quick to change her mind on the taste of their Bix Mix’s, initially saying during the tasting session they were ‘proper biscuits’ and that she was very happy with the taste to then exclaiming that they were ‘really wheaty’ and had a ‘common, horrible taste’ after hearing that Helen’s team had managed to sell 800,000 units exclusive to ASDA compared to her big, fat, nul sells.

And then there’s Melody. Her name is rather ironic seeing as though she isn’t concerned with harmony and certainly doesn’t emit a sweet or agreeable succession of sound. She is however a single, crescendoing entity, set on stealing the limelight. Her efforts at winning the ‘BBIW’ award were put into motion in the middle of ASDA. She claimed that she had told Zoe to have the ‘teen sleepover’ as their target for their Bix Mix biscuits right from their first planning session. Even more entertaining than their argument was watching the awkward exchange between Melody and Zoe as they struggled to act as best friends for their role play idea in the pitch directly after their dispute. Never has the line ‘Why do you get the chocolate?’ ‘Because I’m special’ had deeper connotations.

Helen has maintained her pole position in the competition to win the Apprentice title after a highly impressive nine streak win although from watching the clips of tomorrow’s episode, Flip It, it appears that the team Helen is a part of find themselves struggling with Melody as the project manager. Will her nine lives have expired along with each task that she has successfully passed? I highly doubt it.

Someone who surely must be on their last chance is Mr Hindsight himself, Tom Pellereau. Tune in tonight to see if Tom flops in the Flip It challenge.
on Tuesday, July 05, 2011