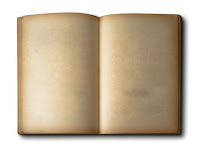 Stacey Collins
It may sound like the cold has got us talking gibberish but NaNoWriMo is the name of the novel-writing challenge that asks its participants to write a 50,000 word novel, starting from scratch…in just one month.

National Novel Writing Month began on
November 1st and requires its writers to upload their 175 page prose by midnight on November 30th.

Whilst this writing project appears to be overly ambitious, over one hundred thousand people have signed up to take part in this literary challenge. Besides asking for a 50,000 word novel, NaNoWriMo’s expectations aren’t too high. Their website jokes that they know a lot of crap will be written and that their main concern is quantity over quality (a philosophy my old secondary school teachers would probably have cried over).

Started in 1999 in the San Francisco Bay area by Chris Baty, the website encourages novelists-to-be to take risks, to give themselves the time to learn as they write rather than learning prior to undergoing this mammoth mission; ‘To build without tearing down’.

The remarkable NaNoWriMo transforms the usually private task of writing which is somewhat stereotyped as being reserved for the elite, into an accessible, blasé, social experiment which provides a creative outlet for writers, bin-men and your next door neighbour, Maureen.

Interested? Well you may be slightly behind schedule if you embark on the challenge to write 50,000 words of fiction by the end of November now, but in April a similar scheme is offered. Script Frenzy asks for 100 pages of original screenplay, short films, stage plays etc to be written in thirty days. Sign up if your diary is free from the 1st-30th April.

I’m personally contemplating NaNoWriMo for 2011. The rules state that you have to write "more than one word repeated 50,000 times". What if I repeat two words? ‘No thanks’.
on Friday, November 12, 2010