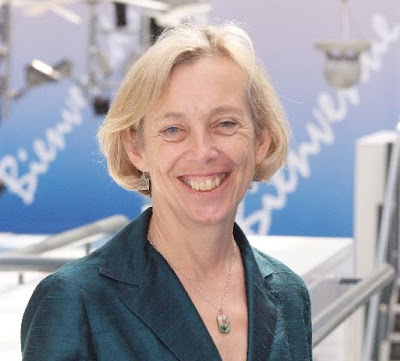 Laura Johnson
More and more babies are being born in Britain - and now the country's most senior midwives say they are struggling to cope.

As many as two thirds of hospital heads of midwifery say they do not have enough staff to meet growing demand, a survey says today.

And about a third say they have been asked to cut their budgets.

The growing problem is revealed as the Royal College of Midwives meets in Manchester for its annual conference.

The senior midwives report a bleak outlook for their services. Nearly half said they expected to have to reduce staffing numbers over the next year.

Just under half replied to an RCM survey.

The RCM said increases in midwife numbers had not kept pace with the birth rate - which has risen by 19 per cent in 12 years.

The highest vacancy rate in England is in London - where 15 per cent of posts are unfilled, the college said.

General secretary Cathy Warwick said: "I am deeply worried that we are seeing static or falling budgets, yet midwives and maternity services are faced with a continually rising demand.  Whichever way you look at them, the figures are not adding up."

One head of midwifery said: "We are concerned about quality and safety and yet we pare back and back- it’s not looking good for the future."

The findings were backed by obstetricians, who said they were also struggling to cope with the number of babies.

Dr Tony Falconer, president of the Royal College of Obstetricians and Gynaecologists said: "The rising birth rate and increase of complex pregnancies mean that maternity services are facing many challenges.

"As well as need for more midwives, there is a need for more consultants to deal with the increase in the number of high risk pregnancies.

"Together with our colleagues at the RCM, the RCOG is committed to working with the Department of Health and the Coalition Government on the future of maternity care in order to offer the best available service to women and their babies."