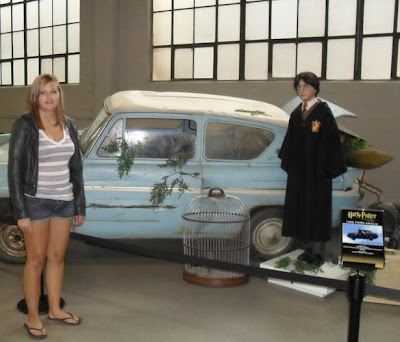 Stacey Collins
The flying Lexus slams into the tree with a deafening crash, resting just inches away from Alison who was thrown out of the way by her obliging robot, Rob. Yes, we’ve all watched these futuristic films and magical movies where complicated technology reigns supreme but we’ve also acknowledged that it is purely fiction. The future it may be, just not part of our future.

Well, the future is here.

Researchers at St Andrews, led by EPSRC, have developed a new form of material called Meta-flex which cleverly manipulates the behaviour of light. The flexible material is formed from tiny atoms that interact in such a way with lightwaves that it could in theory produce a fabric that would be invisible to the naked eye. That’s right, I’m talking about an invisibility cloak which could make a very noticeable entrance in the near future.

If you wear glasses or contact lenses, this new superhero like discovery could also prove beneficial to you. The metamaterial would be attached to contacts creating superlenses which could enhance your vision, giving you almost perfect sight.

Whilst sounding extraordinary, this Harry Potter-esque invention could also have its drawbacks. Superhero Peter Parker, better known as Spiderman, was once told by his Uncle Ben that great power also holds great responsibility. If a powerful cloak such as this were to be invented, it is not hard to imagine soaring crime rates and a society completely driven by its urge towards the next technological advancement.

Although an invention such as this would encourage voyeurism and raise concerns over privacy and security, it would provide many people with the opportunity to live out their childhood fantasies.

All they need to invent next is teleportation devices so we can save money on the 10% rise in train fares over the next four years.
on Thursday, November 04, 2010