Parenting manuals for the anxious 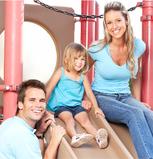 By Baby Blogger Kate Richards
Having recently bought a new parenting book, Taming Toddlers, I noticed some recent research by a British historian on parent's manuals over the last 70 years. Dr Angela Davis of Warwick University asked 160 women their opinion on six popular childcare books, from the 1940s to 2000.

"I was struck by the cyclical nature of these childcare bibles," she said. "We start out with quite strict rules laid down by Frederick Truby King.
The principal thread running through his books are that babies need strict routines. We then find the advice becomes less authoritarian as we go through the decades to John Bowlby, Benjamin Spock and Penelope Leach. However, when we reach the 1990s with Gina Ford, and come back to the strict regimented approach of several decades earlier."

What Dr Davis also noticed was the tone of the manuals. She says the books "always issued advice as orders and set unattainably high standards".

"Whatever the message for mothers, it was given as an order with a threat of dire consequences," she adds.

This meant that women could be left feeling like failures. Many of the women interviewed said they were still unsure of what was really the best approach.

Strangely enough, I wasn't all that influenced by baby books, as I avoided reading them during pregnancy because I didn't want to "count my chickens" as it were, although that seems odd to me now. And since having Ben, well I'm not sure where new parents find the time to read!

One (very short) book I did read told me that at four months babies only need feeding every four hours. After following this advice, and seeing Ben falling down the weight chart, I decided to trust my own feelings instead!

A sane response I think. So hard to know the right thing to do sometimes!