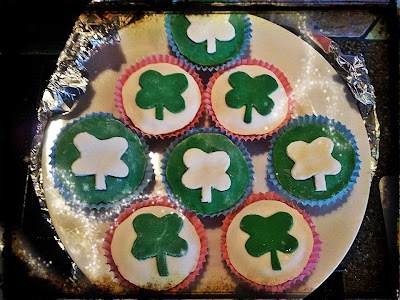 Stacey Collins
It seems bizarre that the English tend to celebrate St Patrick’s Day more so than St George’s Day but boy, do businesses know how to capitalise on our love for the day. You may have noticed the influx of people wearing green leprechaun hats around the city centre, pubs flogging pints of Guiness as though it was about to go out of fashion and Google luring people to their search engine by adopting an Irish theme for their homepage doodle. Commercialism aside, Happy St Patrick’s Day.

Of course another reason as to why the event is so popular outside of Ireland is the opportunity it presents in giving people the excuse to have a few too many drinks. However, the celebration didn’t begin as a beer-drinking day.

Originally, the day was commemorated as a religious celebration for the patron saint of Ireland, St Patrick and for thousands of years the Irish have observed this day as a religious holiday by attending church in the morning and then celebrating in the evening. Even Lent rules were lifted for the day as the Irish indulged in meat eating whilst dancing and drinking.

In fact up until the 1970s, law in Ireland stated that pubs should be closed on this religious day but this changed in the mid-90s when the government decided to capitalise on the widely celebrated day by opening the pubs and inviting tourists to join them in celebrating St Patrick’s Day.

Are you going to be joining the Irish by celebrating St Patrick’s Day in the pub or have you got other events planned?

If you’re in London, Toronto/New York or Rome you may want to look out for certain iconic landmarks that may change a particular shade of green to promote tourism in Ireland to a global audience. Or perhaps if you find yourself in a field this St Patrick’s Day, why don’t you have a look for some green sheep after one farmer has decided to ensure that his sheep don’t feel left out from the celebrations by marking them green.
on Saturday, March 17, 2012