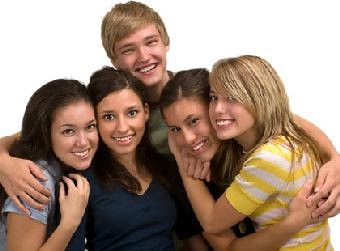 Stacey Collins
A new report suggesting that men and women have major personality differences may not come as a big surprise to those of you who live with spouses. This is probably something that the majority of us realised after life experiences such as.... primary and secondary school, TV series including Friends and popular titles such as Men Are from Mars, Women Are from Venus.

However, publishers of the study, PLoS ONE, have revealed that the existence of such differences, and their extent, have been a subject of much debate for some time.

The authors of a new report, led by Marco Del Giudice of the University of Turin in Italy, created a new method for measuring and then analysing personality differences. They claimed that their system of focusing on more than one trait at a time, rather than just the one, and correcting measurement errors is something that has not been done previously.

The personality tests carried out on more than 10,000 men and women looked at a range of different traits including sensitivity and perfectionism and found large differences between the sexes, differences that previously had been consistently underestimated, they claim. Studies such as these seem unnecessary when I could have just provided them with my diary from secondary school - a catalogue full of evidence that revealed a multitude of differences between the behaviour and personality tendencies of males and females.

What are your opinions? Have you noticed discernible differences between the personalities of men and women or do you think we are more alike than we like to admit?
on Friday, January 13, 2012