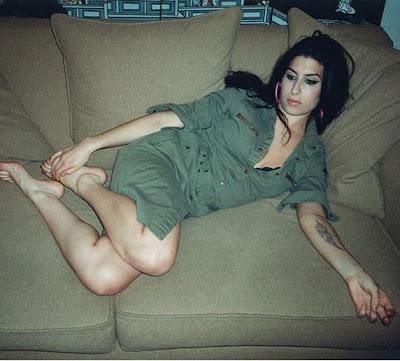 Stacey Collins
The news of the riots over the past few days have been so engulfing that when I read an article on Amy Winehouse’s Goddaughter Dionne Broomfield, I realised that I had forgotten about the death of 27 year old Amy that occurred just last month. Remembering again her heartbreaking demise resurfaced the feelings that many felt of mourning and loss, both of her being and talent.
In a society obsessed with manufactured reality stardom, it was a terrible tragedy for Britain to say goodbye to a girl with a treasured, real, unique, homebred voice, way before her time.

As social networks spread the news of her death, it was speculated that drugs were the suspected killer. A betrayal by the one thing she found comfort in and found she could rely on to remove her from the harshness of the reality that her life had become under the media spotlight. For her, drugs were an easily accessible replacement for the comfort that she couldn’t find in her relationships or indeed in any aspect of her non existent private life. She was constantly hounded by the press who focused and highlighted her troubles, exploiting her misery. Although it is obvious that the media played some part in her death through their lack of respite, society was just as guilty. By eagerly lapping up stories of Amy lashing out or psychedelic videos of Amy with Pete Doherty playing with baby mice, we are also accountable. The need for more was the motivation for the press to harass her further and in turn an encouragement for Amy’s misbehaviour.

Of course, I am not condoning her behaviour and saying that everyone else was responsible for every decision she made. There are many successful artists such as Madonna or Bono who manage to keep their mask firmly on during a performance. They successfully balance their stage personas with their private life, knowing when they get home that the myth is not real. Amy Winehouse failed to do this resulting in her private life spilling onto the public stage and leaving fans enthralled by the spectacle. Her performance in Belgrade, Serbia is a perfect example of this and a video on YouTube of her performing Back to Black at this concert received over 5 and a half million views, serving as a constant reminder of her failure whilst being continually inundated with a barrage of abuse from the public.

Dr Rupert Till, Pop Music lecturer at the University of Huddersfield and author of the book Pop Cult: Religion and Popular Music wrote in a recent report that it is the music industry, an industry fuelled by drugs, isolation and the media, that was to blame for the demise of Amy Winehouse. Rupert states that the music industry is unique in that whereas footballers and actors have to have health, image and branding as necessities for success, ‘musicians thrive on the uncertain world of creativity to make their way.’

He also talks of the loneliness of the singer. Such is the intense contrast between the excitement and adrenalin of the stage and dullness of the in-betweens such as travelling and separation from friends and family that singers often try to find replacements for that emotional high in the mundane which can come in the form of drugs.

So we’ve blamed the press, society, Amy Winehouse’s inability to drop the ‘legend’ character offstage, and the music industry but what about the music itself. What about her eclectic mix of jazz and soul tones, genres associated with a history of lost love and injustice and pain? And you only have to read the lyrics of Rehab amongst other tracks such as Tears Dry On Their Own and Wake Up Alone by Amy to know that artists draw on personal struggles with relationships, individuality and torment to inspire powerful music with meaningful lyrics. Reliving sour memories for the sake of entertainment and so the fans can live out projections of themselves must at times become emotionally draining.

Dr Rupert recounts a study where it was reported that during musical activity, the human brain seems to work as a unified whole, harmonising both halves of the brain. It has also been found by medical students that music can soothe the symptoms of some mental illnesses hence the use of music therapy. Perhaps it was this lack of harmonisation when not making music that led Amy Winehouse to a musically induced depression.

As we wait for the results from the toxicology on the British singer’s death, it is evident that it was a culmination of things, people and circumstances that led to Amy’s death. Whatever the cause, let us not forget the legacy and masterpieces, albeit just two albums, she has left us with despite and also on account of her tumultuous life.
on Thursday, August 11, 2011