'Don't tell me the Py is the limit' 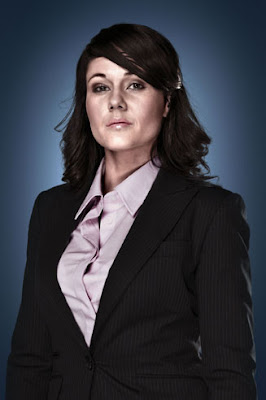 Stacey Collins
Two Apprentice articles in one week must mean the end is nigh, and indeed it is. This Sunday will mark the end of The Apprentice 2011.

Wednesday’s episode was one of those episodes when you wonder how it is that the majority of the contestants left have got through to the final few and that surely even your ten year old niece could do better (especially if they are in the middle of a history project on Atlantic voyagers).
In true Apprentice style, as soon as Natasha gave her spiel about having a BA (Hons) in Hospitality Management meaning that they had a good knowledgeable team, as an audience, we knew that something would go wrong. Despite her degree and the fact that she had cooked breakfast for some of her fellow contestants just that morning, ‘lacklustre’ Natasha was quick to tell her team that she couldn’t cook.

Tom suffered from explorer meltdown, managing to offend Italy by asking Helen if the ‘Brit’ Columbus discovered the potato to which she enthusiastically replied ‘YES, he did’. Nick Hewers’ face said it all really. I’m sure Sir Walter Raleigh must be turning in his grave. And Jim’s margin confusion in his pitch to the fast food industry’s big shots was just embarrassing. 60 x 7 anyone?

It was a surprise that Lord Sugar didn’t fire more than just Natasha although her departure was several weeks overdue. Her pessimistic attitude and inability to work not only as a project manager but as a team player led to her downfall. Plus, I’m pretty sure Lord Sugar would tire of having a ‘Yeah’ woman as his business partner.

A sense of equilibrium was restored for Helen this week as she managed to reprieve herself by winning the task with Tom and their ‘British’ MyPy idea. So wary of her am I now though, even her minor dig at Tom after Lord Sugar told him to let Helen speak whereby she replied ‘That would be nice’ had me concerned that the somewhat selfish and disloyal Helen from week 11 had returned.

And so with the final looming it’s almost time to say goodbye to The Apprentice for another year. We shall miss each of Nick Hewers’ face’s which somehow managed to summarise every thought we had about any particular situation. We shall miss ‘Susan’s Stupid Spot’ which sprung up every week with highlights such as ‘What does ‘l’ mean?’. And we shall miss the subtle comical camera shots such as the lingering view of the pie board outside the café where the team that lost with their Mexican food were awaiting their fate.

But wipe away those tears. Sunday will see the return of Lord Sugar’s former assistant Margaret Mountford and we shall finally find out who the winner of The Apprentice 2011 will be. I’m off to put a bet on Helen.
on Thursday, July 14, 2011

Helen's the favourite but she may be trumped by Susan or Tom producing a stunning business idea for Sir Alan. He surely cannot pick Jim who must be in the final purely for ritual humiliation. Spread your bets!

Sorry Zoe. It's gotta be Helen?