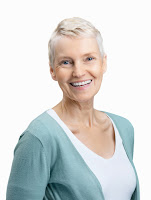 Laura Johnson
British women over the age of 60 are facing massively increased rates of lung cancer because of the spread of smoking, researchers warned today.

In 2008, more than 15,100 women of this age were diagnosed with the disease - nearly three times as many as 30 years earlier, according to Cancer Research UK.

Experts said the rates of disease among women in their 60s have been accelerating since 2002.

The rate of disease among men has fallen slightly in the same period.

The rates are said to reflect a surge in smoking among women in the free-wheeling 60s and 70s.

Male smoking peaked in the war years of the 1940s and directly afterwards - but began to fall as evidence of the link to cancer emerged. Wednesday is No Smoking Day.

Jean King, of Cancer Research UK, said: "With the lung cancer rate rising among women
we would like the government to introduce a comprehensive and well funded tobacco control strategy that targets at risk groups and stops young people from beginning an addiction that kills half of all long term smokers.

"Around nine in ten cases of lung cancer are caused by smoking and one in five people still smoke, so it’s vital that work continues to support smokers to quit and protect young people from being recruited into an addiction that kills half of all long term smokers."
on Monday, March 07, 2011