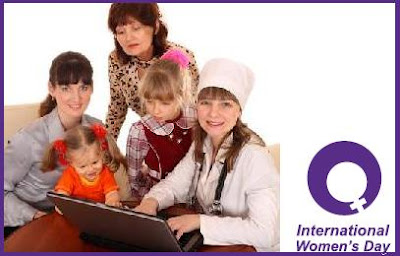 Stacey Collins
There is something to be said when you are more excited about Shrove Tuesday, better known as Pancake Day, than International Women’s Day. But, with the extra emphasis and more media coverage surrounding the day this year as 2011 marks its 100th birthday, the added awareness has brought this somewhat mysterious day to the attention of more people who have found themselves questioning what this day is actually about?
Whilst some see International Women’s Day as a day to celebrate womanhood in all its childbearing and occasionally matriarchal glory other women are confused as to the meaning of the day. Surely issues with equality in terms of the disparity in pay between men and women, the noticeable absence of women with political power and women’s inequitable legislative rights are concerns that are thought about all year round?
The counter argument is that the point in this day being ‘international’ is that both women and men from around the world have a greater awareness of issues not just here in the United Kingdom but worldwide.

Women in countries such as Kenya, India and Haiti face inequality in education, are forced into marriage before they reach 15 and suffer from sexual abuse. The one-child policy in China often leads to female infanticide at birth as a result of disappointed parent’s desperation to give birth to a son.

There is a lot to celebrate however and this has been emphasised by the attention that is given to the day after it was nearly forgotten just a decade ago. International Women’s Day has served to highlight the progress women have made in society since the day was first honoured 100 years ago in 1911 in Austria, Denmark, Germany and Switzerland. The event has caused celebrations in more than 100 countries worldwide with the United Kingdom becoming the global leader for activity with 456 events planned to promote International Women’s Day.

If the advancement of women in their careers, in education and also in becoming role models for many does nothing to cheer you, maybe watching this video of Bond star Daniel Craig in drag will raise a smile or in failing to do so, will relay a very serious and important message intended to promote International Women’s Day.

Interested in how International Women's Day has boosted women's health? Englemed News looks at the implications of this day for women worldwide.
on Tuesday, March 08, 2011