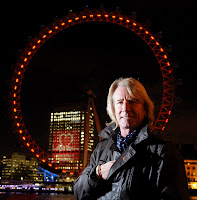 'As  a heart patient I want to do my bit to help others,' says Rick Parfitt, of classic rock band Status Quo.

Rick and his mates were the classic rock band, playing hard and living hard.
Hits like Rockin' All Over the World made "The Quo" one of the best-loved and most durable rock bands of all time.

"As a heart patient I want to do my bit to help others," says Rick.

"My operation gave me a future I can look forward to."

Rick, whose band was the favourite of the Prince of Wales, was on hand on Monday for the spectacular launch of National Heart Month in London.

As the London Eye glowed red, colours shone from buildings along the Thames, reflecting off the river.

The month will be spent raising awareness of heart disease and raising funds for the British Heart Foundation. And on Friday the 26th, it's National Wear Red Day.

Why not join in and plan your red colour scheme for February 26th? says Rick. 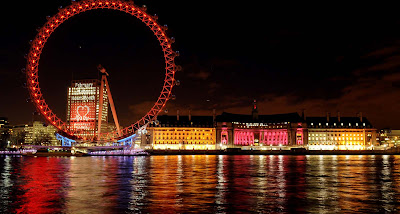 Email ThisBlogThis!Share to TwitterShare to FacebookShare to Pinterest
See more on: celebrities, health