Stacey Collins
3D, which was once associated with those red and blue chunky-looking glasses, has been given a new lease of life- not only in the world of film, television and gaming but also in the fashion world.

As technology advances, the media world aims to blur the line between reality and illusion. The more realistic the product, the more spectacle and hype it will receive.

How many times have you heard the word ‘3D’ this week? As Sky prepares to launch a 3D channel in April this year and with the news that Sony will be upgrading the Playstation 3 to 3D, the word 3D has become something of a buzz word.

3D is becoming increasingly popular in cinemas also with Avatar in 3D becoming the highest grossing film of all time, even beating Titanic with heartthrob Leonardo DiCaprio, and Alice In Wonderland set to be a hit with kids and big kids alike. 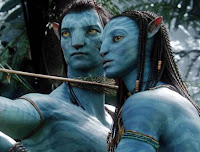 But, did you expect a collaboration between fashion and 3D?

Well, Burberry have incorporated it into their show, streamed live from the London Fashion Week in 3D to venues in Paris, Dubai, Los Angeles, Tokyo and New York on Tuesday to viewers wearing 3D glasses.

Chief creative officer at Burberry, Christopher Bailey explained that the reason for using 3D was to create the same ‘energy and atmosphere’ that the show in London received, in different cities across the world.

So, will this style strategy set the standard for other fashion shows? Will fashion experts always agree to don a pair of glasses in order to check out the top trench coats, trendiest tailored trousers and tantalising tulle necklined taffeta dresses?

Whatever the answer, it can be agreed that the 3D trend is growing and spreading into the different spheres of fashion, entertainment and interaction to name a few. Burberry may have chosen to jump on the 3D bandwagon, but will companies find that in order to compete in the future, that 3D will become an obligation and not an option?

Who would have thought that those 3D glasses could have become so fashionable?
Stacey Collins