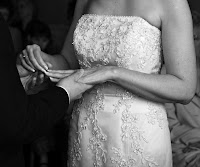 Beyonce's hit-song calls on single ladies to demand a ring. Jayne Howarth asks what the price is of forcing commitment.

Are you surprised by the “revelation” that 60 per cent of women who got married last year only snared their man because of deliberate scheming?


According to a survey that was – surprise, surprise – carried out to promote a reality TV programme, one-third of women questioned claimed to have “bullied” their husbands into walking down the aisle.

A total of 3,600 newly-weds, aged between 16 and 50, were questioned for the study, which was commissioned by Really, a UKTV channel, as part of its Up The Aisle season.

The one-third of respondents who claimed to have bullied their partner did so by threatening to leave him; another 17 per cent sent themselves flowers and pretended they were from a secret admirer.

Ten per cent said they had deliberately became pregnant – or claimed they were having a baby.

How can these women live with themselves? What are they trying to prove? And why do women find it necessary to trick their partners into marriage?

Is it a fear of loneliness or do they suffer from such dreadful personal insecurities and such low self esteem that they only feel safe if they have a gold band on the third finger of their left hand?

Of course, these tactics have gone on for hundreds of years, but these women must ask themselves if they truly love the man in their life if they are prepared to stoop so low as to trick them into marriage.

Underhand tactics rather make a mockery of the whole purpose of the ceremony, don't they? It will be interesting to go back to these women in five years’ time to see how many of them are still enjoying wedded bliss with their partner.

We may find that quite a few of the husbands have discovered the truth about their deceiving wives and bailed out.

Perhaps before a woman goes down the avenue of guerrilla tactics to trap the man of her dream she should find out why her partner is reluctant to commit to marriage. While many men are reticent to open up and spill the inner workings of their heart, it might just work.

Their reasoning – when it eventually surfaces - might just surprise. And it might be just what both sides need to allay any fears or expectations.

Best not to have Beyonce blaring out “If you liked it then you should’ve out a ring on it” playing in the background when you have the heart-to-heart, though...
Jayne Howarth
on Friday, February 19, 2010