Cheers to the Winter Solstice 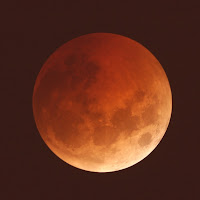 Stacey Collins
The day has finally arrived. No, I’m not dishing out the turkey or unwrapping the presents three days early but instead celebrating Winter Solstice. My celebrations may only stretch to treating myself to chocolate in bed as a replacement for my usual Special K Strawberry and Chocolate cereal (see previous articles about my chocoholic tendencies) but at least it is being acknowledged.

Winter Solstice is also known as the Winter Equinox which is sure to impress your friends at a dinner party when casually dropped into the conversation. The Winter Solstice is the reversal of our lengthened nights and shortened days due to the moment when the Earth’s axial tilt means that the North Pole is at its furthest away from the sun at 23.5 degrees. Consequently, this means that by Christmas Day, the sun in the UK won’t set until 3.56 pm. That’s a whole two more minutes of direct sunlight which is set to accelerate until Summer Solstice in June when it is reversed again.

Ok, so maybe it’s not cause worthy of a party or gift-giving here in the United Kingdom, but Alaska has plenty of reason to pop their party poppers and parade around in their party hats as they face their last longest night for another year. For those in the UK moaning about their rapidly fading summer tans or the awaking for work and arriving home in the dark should consider what 18 hours and 33 minutes of darkness in one day would feel like for Alaska’s residents (and also how quickly their summer tans would have disappeared).

As Christmas preparations and celebrations engulf our every waking moment at this time of the year, it is easy to see why Winter Solstice (or Summer Solstice for countries such as Australia and New Zealand) is forgotten. However, many residents of Alaska ensure that they devote some time to enthusiastically celebrate Winter Solstice by putting aside their present wrapping, tree decorating and mulled wine drinking for the day, instead replacing it with bonfires, skating parties, moonlit walks and art shows.

Perhaps Britain should follow suit and hold festivities in honour of Winter Solstice. Although we don’t face the prospect of gaining back more than six hours of sunlight in a day, we do gain lighter mornings and therefore easier get-ups and also lighter nights which leads us ever closer to evening BBQ’s, the art of catching every last ray of sunshine by inching our way up our back gardens as the shadows are cast, and most importantly, Pimms O’clock. Here’s to gaining back our British summer; cheers Winter Solstice.
on Wednesday, December 21, 2011