And The Personality is... 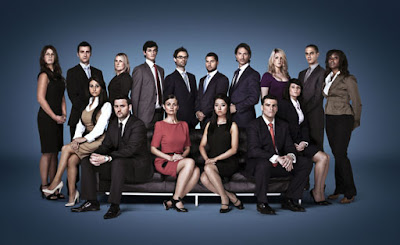 Yes, we know the teams consisted of a mix of both male and female counterparts but it was Croydon entrepreneur Susan Ma who led her team to an eight pound victory over rival project manager Gavin Winstanley in the episode Discount Buying. And after the last episode, Sweet Susan is a set favourite at Women’s News, I mean who can’t like someone that gets excited at a penny discount?

With the exception of Susan, and maybe even Melody although she doesn’t seem to make much of a sound when she is more chorus than a cappella, it is the men that would be winning the competition for The Personality. The self proclaimed charmer (I say harmer), Vincent or Jedi Jim have persuasive, memorable and vibrant personalities that could place them as forerunners in the competition for the ultimate title of The Apprentice.

And they say things come in threes and as Gavin was the third male contender to be sent packing last night, I wonder if one of the women will find themselves on the end of Lord Sugar’s firing finger next week after their success at avoiding it so far? Guesses include that one with brown hair, the young Ms Trunchball who apparently works 24/7 or ... I can’t remember her name.

Hopefully the women’s personalities will flourish in episode four, Beauty Treatments. Watch BBC One on Wednesday to watch any transormations.
on Thursday, May 19, 2011