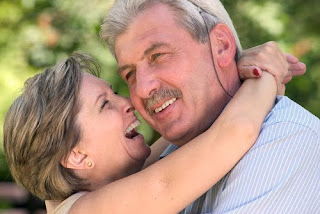 
Each year on Valentines Day many relish in the opportunity to celebrate their love and affection towards one another whilst singletons declare it Singles Awareness Day (SAD) in a desperate attempt to ignore the smug couples and the adverts that congratulate those who have managed to find their Mr/Mrs Right while implicitly mocking those who haven’t.

However the focus on love on this day has been somewhat distracted by the cynical calls that Valentines Day is an excuse for commercialism. It is hard to ignore these remarks when Valentines Day has been nicknamed as Hallmark Holiday in America after the card company and when it is estimated one billion cards are sent every year worldwide making Valentines Day the second biggest card-sending day after Christmas.

Japan has emerged as a strong contender for marketing Valentines Day as a day to spend money as it has become obligatory for many women to give chocolate, flowers or sweets to the people they like; and women that work in offices are expected to buy something for all of their male co-workers. Just as the diamond industry promoted jewellery as a Valentines gift back in the 1980’s, chocolate has been marketed in Japan as an essential purchase, ‘giri-choko’ meaning obligation chocolate. In fact, sweet associations have decided to make a commercial spin off of Valentines Day called White Day on March 14th in which men are expected to buy the women chocolate.

It seems that companies rather than the traditional sweet, flower and jewellery companies have cashed in on the commercial hype as well with trainer companies creating Valentine trainers. Both Nike and Reebok have jumped on the Valentine wagon with Reebok designing a pair of trainers that take inspiration from a chocolate dipped strawberry. Yes, you couldn’t make this up.

Our research also found websites selling valentine treats for dogs including photography sessions and goodie bags, $10,000 martini’s and The Co-op advert that will air today until Valentines Day that reveals a man informing his partner of a romantic night in that he has arranged using products from The Co-op.

So should we send Valentine gifts this year or should we resist in an attempt to rebel against commercialism? Well despite the marketing ploys and explicit exploitation, February 14th is a day in which couples worldwide can really appreciate one another and have the opportunity to demonstrate their love whether it be through gifts or acts of affection. If buying a pair of Reebok Freestyle Valentines Day reinforces your love, then so be it.
on Thursday, February 10, 2011