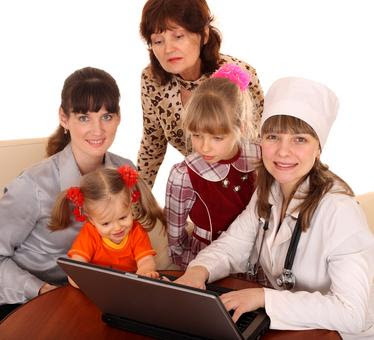 
Twenty years ago, the word Internet was still a bit of a mystery. Fast forward a couple of decades and the Internet is a global infrastructure and the phenomenon of the 21st century.
The development of Web 2.0 which made the Internet more interactive and customised to the user served to boost the web economy that was recorded last year as being worth a whopping £100 billion to the UK.

The popularity of the Internet is due to its variety of content and easy accessibility. News, entertainment and business amongst other things have increased Internet users from 250 million in the year 2000 to 2 billion in 2011 and with the internet widely available through devices such as mobile phones and games consoles, these figures come as no surprise.


Although the Internet is celebrated globally it has also been heavily criticised for breaching privacy and its lack of security, spamming and becoming a replacement or substitute for numerous things such as interaction and for the physical, i.e. newspapers and books.

These concerns apply to a new online map that was launched by Home Secretary Theresa May yesterday morning. No doubt you will have heard of this fascinating map because it doesn’t inform you where to go but rather makes you aware of where you shouldn’t go.

The crime map allows users to type their postcode into Police.UK so that they can see how much crime has occurred on their street. It has become so popular after high media coverage with 75,000 hits a minute and a reported five million hits an hour that the site temporary crashed yesterday.

The site however has received mixed reviews. Some users see the crime map as an opportunity to be aware of the incidents in their area and to be able to connect with the police over the findings whereas others have concerns that house prices, the fear of crime and security will be negatively impacted.

Whilst I believe the site to be interesting, another concern is that it will encourage people to continue to rely more heavily on the Internet. Emails, social networks and messengers have already begun to replace physically talking to each other and I wonder whether this crime map will serve to increase the ever-expanding gap between conversing in person. Will people use this map for information rather than discussing their anxieties with their local police, face-to-face or over the phone?

Individual answers and the comfort of personally knowing what the police are doing in an effort to cut down on crime through face-to-face conversations must beat looking at the crime map for minute pieces of relevant information and then speculating about the information you can’t find.

In theory the crime map is a clever idea and in balance could be an effective tool but we’ll have to review the figures in several months time to see if the site is beneficial… that’s if the site doesn't crash again.
on Wednesday, February 09, 2011