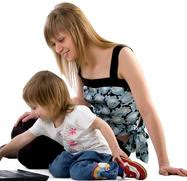 Laura Johnson
Is this a sign that women are taking control of their own lives and fertility? According to new figures, the number of women opting to get their tubes tied has slumped - even collapsed - in the last ten years.

There's no indication what lies behind it so we can only guess. Perhaps women are choosing not to have an irreversible procedure - keeping their options open. Or it
may reflect women having children much later in life than they used to. If your second child comes in your mid-thirties, your risk of being lumbered with a large family is much reduced.

Whatever the reason, the Youtube generation is choosing to keep their tubes useful.

To be fair, men are also avoiding the "snip". Bet they're glad of any excuse.

At the end of the 20th century some 48,200 women a year were undergoing sterilisation. Last year this fell to 12,000, according to the NHS Information Centre.

Yet some 162,000 men visited specialist clinics in the year ending in April - compared with 84,000 a decade earlier. This compares with 1.2 million visits by women. Most of the visitors are people in their late teens.

NHS Information Centre chief executive Tim Straughan said: "This report provides an insight into the changing use of contraception methods among English society.

"The big fall in the number of women opting for sterilisation and men opting for vasectomies indicates changes in a person's typical choice of contraception, and indeed the wider concept of attitudes towards family
planning in this country."