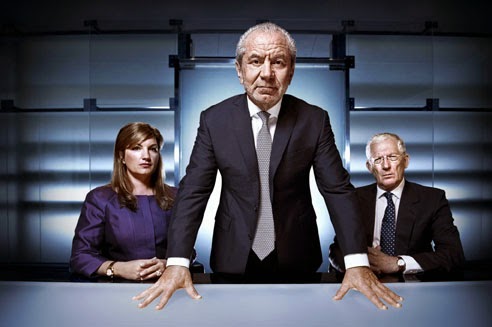 The Apprentice is back on British TV - and it's been given a long overdue shake-up.

We've always liked the show because it shows women achieving in real life situations. It shows the future world in which women and men compete equally in business.

This year there's more contestants and there's more firing. Tonight Lord Sugar wasted no time in firing one of the blokes - and the lad didn't even get a chance to return to the boardroom.

There's also more imaginative tasks. Combining fashion with technology was a stroke of genius. The ideas that emerged were uninspiring and failed to inspire any retailers. That's enough to make you wonder if there are any business geniuses amongst the hordes of entrants. A wasted opportunity.

For two nights, the women's team has won. There's no obvious stars emerging yet. Both Sarah and Nurun stumbled through the task of leadership - and Sarah's over-controlling leadership on the first night was in stark contrast to Felipe's highly-praised management of the men's team. But the women won. Individually they were focused on getting the job done.

In "You're Fired" Ruth Badger was invited back on and named as the most successful Apprentice yet.

This year we're now predicting another woman to win. A couple of years ago the women were disastrous - but the women this time clearly have some backbone somewhere.