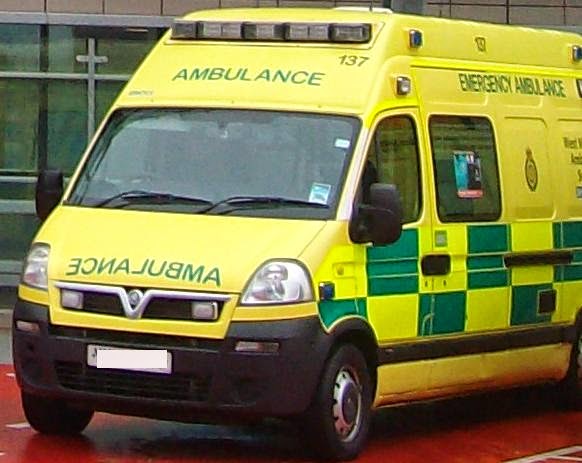 We've had many a near-miss in our household over the last three years, but a fortnight ago, one year old James treated us to a real medical emergency.

He was playing in the garden when he tumbled forwards down a step onto concrete. I was just a metre away putting Ben's shoes on, but couldn't grab him in time.

Expecting a bad bump on his head, I was shocked to see it was pouring with blood! He must have landed on a very sharp stone. There was a terrifying moment before I was able to assess the extent of the damage. It was a clean, straight cut of about a centimetre, but very deep. I pressed it with a clean cloth and surprisingly it didn't bleed for all that long. James then wanted to carry on playing and got quite cross that I wouldn't let him back in the garden!

I felt a bit too shaky to drive so for the first time ever, I called 999. Luckily there was an ambulance close by which arrived in under five minutes. The paramedics were friendly and calm, and took us to the local children's A&E, where James was over the moon at all the toys and the fishtank. I had some reviving chocolate, and after about two hours we were taken for him to have skin glue applied. He was very brave (I sang to him to keep him still), and once the doctors were sure he hadn't suffered concussion, we were sent home. If James was concussed, he wouldn't have been running round so happily, and would have seemed confused, dizzy, and nauseous or sick within the first four hours.


The wound needed to be kept dry for a few days, and is doing fine. It's near his hairline, and may leave a scar, but I wouldn't be surprised if it disappears completely, as they seem to have remarkable skin-healing powers at his age.