A time for togetherness 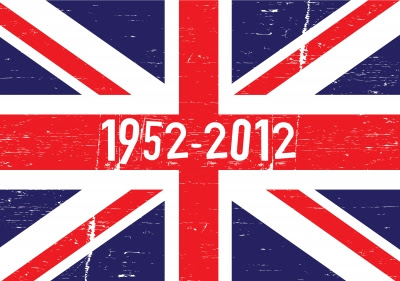 Stacey Collins
It is with great surprise, and sarcasm, that I do not have to write an over-joyous piece about how well our country scored in the Eurovision contest last weekend amongst the many other 'non-political' performances and votes by 'European' countries such as Israel. However, I bet George Osborne is breathing a great sigh of relief at the prospect of not having to forage around for a spare few hundred million to finance the event.

Hoping to be a bigger hit than veteran crooner Engelbert Humperdinck’s Love Will Set You Free, Gary Barlow and Andrew Lloyd Webber have co-created a song for the Queen’s Diamond Jubilee celebrations.

First played on Radio 2, the song called Sing features a range of talented musicians from the Commonwealth including the Military Wives choir and our multi-talented Prince Harry on the tambourine. Is there anything he can’t do? Set to be released on the 28th May by Decca records, the song will be performed live at the Diamond Jubilee Concert in front of Buckingham Palace amongst all the other celebrations on 4th June.

It is expected that Britons will be spending more than £800 million for our longest reigning monarch’s 60th anniversary on the throne which is almost twice as much as that which was spent for the royal wedding just last year.

The estimated £40 average spend per person for the jubilee for bunting, Victoria sponges and the setup of street parties provides communities with the opportunity to bond and be brought together whilst also promoting a sense of patriotism and togetherness across the UK. Let’s hope this theme of togetherness continues throughout the summer and of course for the upcoming Olympic celebrations.

So whatever you may be doing to celebrate the jubilee, may your day be filled with an abundance of cucumber sandwiches and a jolly good knees up in true British fashion.
on Friday, June 01, 2012