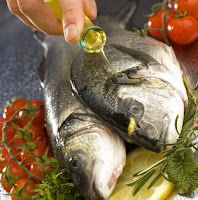 Losing weight is the most important thing if you're on the tubby side, according to Cathy Ross.

Cathy should know - for she's a special kind of nurse, a heart expert employed by the British Heart Foundation.


So when she talks about the latest medical findings on weight loss, we should pay attention.

We thought she might raise objections to the latest findings, which seem to endorse the controversial Atkins diet.

When it first hit the headlines, Atkins was said to be a boon for meat-lovers everywhere. For it seemed to say you could eat as much meat as you like - plus a smattering of vegetables.

All you needed to do was to stay off the sugar, starch and flour - ie cakes, sweets and desserts and even fruit (OK - we know the tomato in the photo is really a fruit. But you eat it with salad).

According to some new research from the USA, a low-carb diet is just as good as what the doctor might prescribe. Conventionally, if you have a serious weight problem, you'll be told to stay off the fat - that's probably cakes and desserts too - and you might be prescribed the drug orlistat.

The new findings say the low-carb diet on its own seems to be enough. You can read a full report here.

How do low-carb diets, like Atkins, work? One idea is that they make you feel full up quicker. Your body, supposedly, craves meat and protein and when it gets it, it's satisfied. If you're on a low-fat diet and try to fill up with bread and pastry, you're still a little bit hungry - so it's said.

This used to make the experts suspicious - for meat is packed with fat, which they fear will raise your cholesterol and blood pressure.

And here's a word of caution. Don't take the latest findings as proof that meat-eating is the answer. For we don't know the fine detail of what the Americans did. And they only studied quite a small number of people.

As well as abstaining from sugar and cake and all things nice, the US patients - who were mostly quite ill from being too fat - took part in group counselling and were told to get exercise. And maybe they did eat fish rather than meat. These were Americans!

So the researchers admit this made a big difference to their results. About half their patients had their blood pressure medicine reduced. That's a big success - but was it really achieved by diet or by counselling?

This is what Cathy has to say: "Identifying that you need to lose weight, finding a dietary approach that suits you individually combined with a regular physical activity programme, will help to reduce your risk of coronary heart disease and stroke."

So that means - do whatever works for you, if it helps you achieve a healthy weight.
on Tuesday, January 26, 2010

Email ThisBlogThis!Share to TwitterShare to FacebookShare to Pinterest
See more on: diet, health