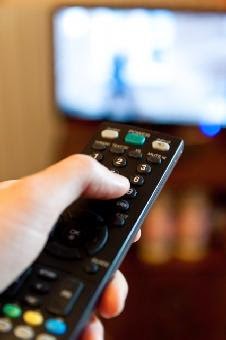 I've been thinking lately about the issue of screen time for the boys, as I've noticed Ben trying to process everything he sees by asking endless questions or acting out different characters.

I don't really think my boys qualify for 'addicted', but might the screen time they have - not just the tv, but games on my laptop and phone - be creating subtle damage?

A 2010 study claims that the average child clocks up more than seven hours of screen time a day (far more than my boys), and may experience sensory overload, lack of sleep, and a hyperaroused nervous system.
Researchers say these children are impulsive, moody, and can't pay attention, which links into the brain scan results.

Much of the damage, they report, occurs in the frontal lobe, the most recently-developed part of the brain. This structure undergoes massive changes throughout childhood and into the mid-twenties. If development is impaired, the consequences can be severe: from a reduced sense of wellbeing to academic or relationship problems.

From my perspective, the boys seem pretty well-balanced at the moment. I try to give Ben plenty of opportunity to talk about what he's seen, and some days he has no screen time at all. James can't really process what he's watching beyond naming objects 'Piggle', 'Ninkynonk', ‘Daisy', etc. (yes he adores In the Night Garden).


Luckily I rate Cbeebies highly, and neither of the boys yet knows of the existence of commercial channels. In fact I credit it with teaching Ben all his numbers while I was busy with the baby. Plus it keeps them happy while I'm organising the day's nappy bags and lunch boxes, to the benefit of everyone!