Recovering from baby! - Kate to Kate 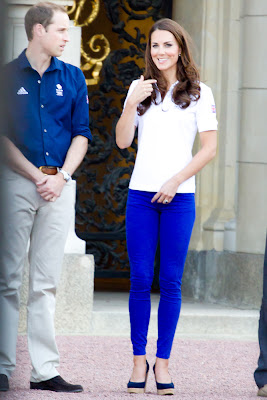 Our baby blogger Kate Richards had her second baby six months ago. She was spared hours of labour but instead had to submit to a C-section. While the world focuses on Prince George, Kate shares her real experience of living with the after-effects of birth.

It's now six months since I had my caesarean section and for a good while I've felt completely normal. On balance I'd say it was more comfortable overall than my first birth, though it was quite frustrating having to take it easy for the first few weeks (I'm a natural fidgeter!)

The midwives told me not to lift anything heavier than the baby - about 8lbs - for six weeks. Well that would've been fine if I had a full-time maid! I did my best though, limiting the number of times I climbed the stairs, and being careful to turn over in bed slowly. Very fortunately I healed with no problems whatsoever.

The hospital provided me with regular painkillers while I was there, and some to take home when I left just over 24 hours after the operation. My memory's a bit hazy but I don't think I needed them for more than a couple of days. I certainly expected more pain than I had.

What saved me I think was the fact that my c-section was planned rather than emergency. Many women say it takes much longer to recover when it's done in a rush, and they've often spent a long time (sometimes several days) in labour beforehand.

I was also fortunate in that I didn't have any problem breastfeeding. It wasn't difficult to keep James' weight from pressing on the scar, though he did have slight tongue-tie which was corrected at five days old. Some women do find breastfeeding trickier after a c-section, and often lying on your side or the "the rugby ball" position can make it easier.

I began light exercise after about eight weeks and now I'm allowed to do any sort of vigorous aerobic exercise. Though I think I'll wait a bit longer just to be sure!