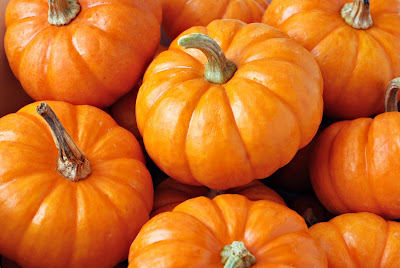 Stacey Collins
It’s almost that time when rules are abandoned for just one night. The night when it’s perfectly acceptable to dress children up as human-eating zombies, send them off to talk to strangers and get them to collect and then eat as many sweets as possible. It’s also that one time of year when residents overlook the fact that their neighbour has come to their door disguised as a child in a bid to collect as many sweets as possible. It’s Halloween time!


As usual there’s a flurry of horror film releases at the box office including Paranomal Activity 3, Don’t Be Afraid of the Dark, Dolphin Tale; all capitalising on our abnormal need to scare ourselves silly on Halloween. It would seem that watching a scary flick on October 31st isn’t the only thing scaring us but also the fear some women have of having a baby at Halloween.

A team of Yale scientists has found that there is a dip of baby births on Halloween. Instead there are a number of spontaneous, Caesarean and induced births in the two week period around October 31st as what would appear to be an avoidance of having a Halloween baby.

It is thought that this new information could indicate that the negative and positive connotations shrouding Halloween and Valentine’s Day can impact women’s hormones giving them a freakish ability to resist or initiate the onset of birth.

Or it could be that pregnant women are determined not to miss the one day in the year when they can disguise themselves as children in a bid to collect as many sweets as possible. It’s Halloween time!
on Tuesday, October 25, 2011