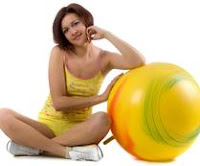 Jayne Howarth
There are many women across the UK who will joke about the fact that they are "football widows" for the next month, thanks to the ball-by-ball World Cup coverage.
Many will roll their eyes in mock disgust.
Sadly, there will be many more women who will dread the next few weeks.  They will have studied the fixtures for very different reasons from their partners.
For they know there is a good chance they are at a higher risk of violence than usual.
Police authorities, hospitals and women's groups are on stand-by, waiting for thousands of calls because the tournament and particularly when England play their matches - will result in a dramatic increase in domestic abuse.
Figures from the Home Office show that during the 2006 Football World Cup there was, on average, a 25 per cent increase in domestic violence on the five England match days in the tournament.
According to Women's Aid, at least one in four women will experience domestic violence in their lifetime, although between one in eight and one in ten suffers violence at the hands of abusive partners annually.
Fewer than half of the incidents are reported to the police.

Using such events as the World Cup as a hook for raising awareness of domestic violence is critical and it might be the catalyst that allows the abused women to leave their partners.
There can be nothing more isolating than being a victim of abuse. The feeling of powerlessness and the lack of self esteem must be overwhelming.
Help is out there for abused women - and for their children who witness the torment. But, like alcoholism, it takes a brave person to step forward and admit what they are going through.
But highlighting domestic violence now is just the part of it. A sustained campaign is needed to ensure these women receive the help they deserve (their partners may need help, too).
Alcohol will be a huge factor in the rise in abuse and one expert at Royal Holloway, University of London, has urged victims of domestic violence to avoid the temptation of drinking, too.
"People with violent partners are increasingly turning to drink themselves as a means of coping with the abuse," says Professor Paula Nicolson, from the college's Department of Health and Social Care.
"Alcohol serves to help numb both physical and emotional pain so we may find during the World Cup that more victims will be drinking. This in itself is not only destructive to a woman's health but may mean she is less aware of the danger she is in and so is unable to leave or call for help as easily as if she were sober."
Jayne Howarth